The guide to access USB over TCP and UDP network


Transmission Control Protocol (TCP) and User Datagram Protocol (UDP) are the most popular protocols that work on top of Internet Protocol (IP).
But why don’t we just use TCP? Since it comes across as the best option at all rates.

Both TCP and UDP build on top of the IP protocol and operate at the transport layer of the TCP/IP protocol stack.
TCP is slower but more reliable. First, it sets up a socket connection with the help of 3 packets, and only after that proceeds to transfer user data. Each packet transmitted by TCP is numbered, tracked, and checked for errors.
UDP operates much faster and with no data protection, tracking, or error-checking. It’s a rather small and lightweight transport layer on top of IP.

Most apps use one of those protocols based on their performance specifications.

TCP is all about connection – once it’s established, it begins the full-duplex data transmission. UDP is a more simple connectionless protocol that just continues to send packets regardless of any errors or data loss.

With USB over Ethernet, it doesn’t matter what type of Internet protocol you’re using at the moment - TCP or UDP. You gain full access to any USB over Ethernet. USB Network Gate makes it really easy to share a USB over TCP/IP, or a USB over UDP and fully control any USB peripheral. 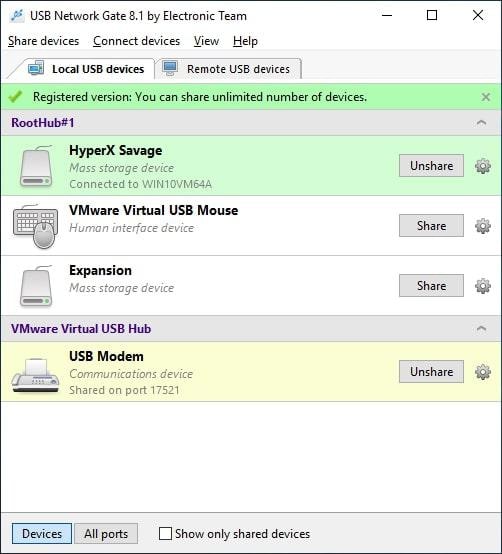 For the correct operation of USB Network Gate, you’ll need to open some ports:

UsbConfig.exe and UsbService.exe are using those ports in Windows (or UsbService64.exe in a 64-bit OS).

TCP guarantees a dependable and organized data transfer from server to user and the other way around. UDP is far less thorough and goes on with data transmission regardless of the receiver’s availability.

TCP is deemed fail-safe, thanks to packet tracking and resending them if damaged or missing so no data is lost. UDP doesn’t guarantee data delivery, nor does it check for time-outs. It also has no retransmission function.

TCP is heavy-weight. It requires 3 packet exchanges to establish a connection. Also it is very reliable, and carries out congestion control. UDP is lightweight. It’s a transport layer built on top of IP that doesn’t order sent packets or track connections.

TCP has a variable-length header (20-80 bytes) and treats data as a byte stream transmitted to segment boundaries. UDP has a fixed 8-byte length header, and sends each packet individually, verifying its checksum upon arrival.

UDP only has a basic error detection algorithm. If the checksum of the received packet is incorrect, it just gets discarded with no attempts to request a retransmission. This is why UDP is mostly used for online gaming, live streaming, or other situations when speed is critical while missing a packet or two is not.

TCP has extensive error detection and recovery mechanism, called Positive Acknowledgement with Retransmission (PAR). It immediately resends packet if the recipient reports it to be lost, erroneous, or having a wrong checksum.

To establish a connection, TCP uses a method called ‘a three-way handshake’. It’s a three-step exchange of SYN and ACK packets between sender and recipient, prior to actual data transfer. Once the data is successfully received, all established virtual links are closed to terminate the connection.

UDP doesn’t need ‘hand-shaking’, for it’s not connection-oriented. Its datagrams may occasionally duplicate, arrive in the wrong order, or just vanish God knows where. While using UDP error detection and fix, if any at all, is carried out at the application level. That allows to unload the network interface level. UDP sustains packet broadcasting (data transmission to everyone on your local network) and multicasting (transmission to everyone who’s currently subscribed). 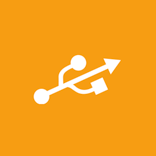